A much-anticipated spring tradition, Academic Showcase highlights the scholarly and creative work produced by Rindge students and faculty throughout the year. On Tuesday, April 23, classes on the Rindge campus were suspended for the day to allow students and faculty ample opportunity to participate as presenters and audience members.

President Kim Mooney welcomed students, faculty and staff at the opening event of Academic Showcase in Spagnuolo Hall. Surrounded by students and their poster presentations, she observed, “Nothing energizes the Franklin Pierce community more than celebrating the work of our students and the faculty who mentored them. We are proud of the breadth of topics, depth of research and analysis, and overall caliber of their work.”

Students presented their research on topics ranging from the Flint water crisis to the use of DNA testing to establish Native American ancestry. They compared the lung capacity of varsity sports athletes, studied the spread of seasonal illnesses among Rindge students in the fall, and developed local crime maps for the Rindge Police Department. As faculty, staff and fellow students browsed the posters, presenters answered questions and shared their methods and conclusions. Maggie Childress ’21 captured the mission of Academic Showcase when she said, “This event made me feel like I was part of something bigger than just a simple research project, but that I was really contributing to the academic community as a whole.”

Throughout the afternoon, dialogue took place in classrooms, studios, meeting rooms and exhibit spaces across the Rindge campus. Faculty and students engaged in spirited discussions of upcoming elections, self-driving cars and climate change. Ravens shared their artistic abilities with printmaking and stained-glass demonstrations, musical and theatrical performances, and an exhibit of handmade books. Faculty presented research on entrepreneurship in the Nunavut Territory, water quality monitoring, Boston-Irish identity, the global alt-right and the music of the Beatles.

A highlight of this year’s Academic Showcase was a tribute to baseball great Jackie Robinson, who received an honorary degree from Franklin Pierce in 1969. Although the old-time baseball game had to be cancelled due to weather, staff member Rob Hannings displayed his extensive collection of vintage baseball equipment and memorabilia. Professor Jerry Burns spoke about the extraordinary moment in Franklin Pierce history, only 6 years in existence in 1969, when the Vietnam War and civil rights protests were raging. “Conferring an honorary degree on a sports figure was unusual for the time, and reveals the growth, confidence, and even chutzpah of the college to think a man of Jackie 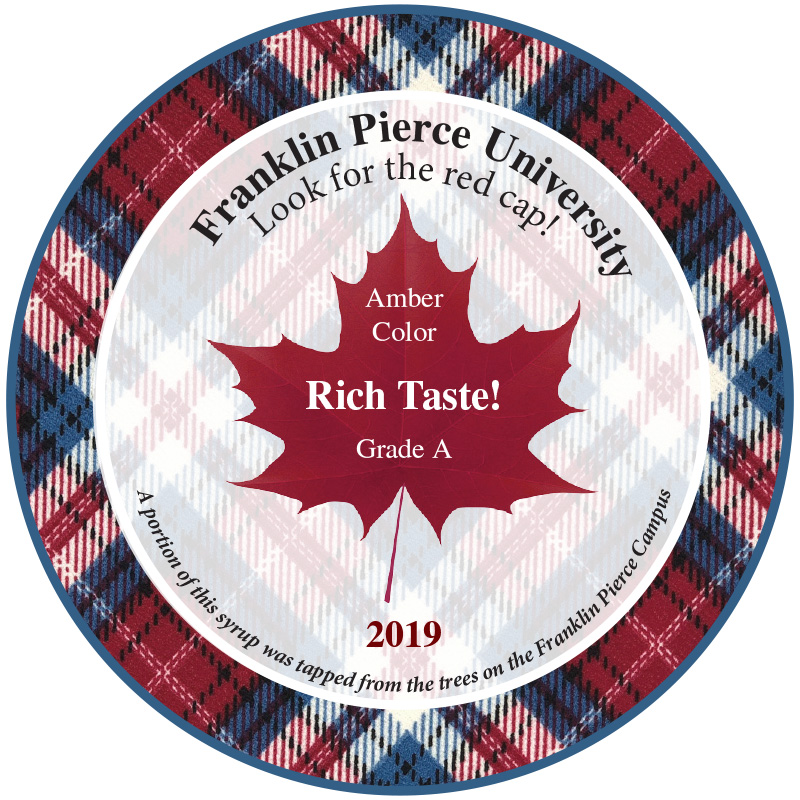 Robinson’s renown would be interested.” Alumnus and performer Michael T. Brown ’12 then read excerpts from Robinson’s stirring acceptance speech and sang the national anthem to a full and enthusiastic house.

In another tradition of Academic Showcase, President Mooney picked the winner of the annual Maple Syrup Label Competition. Shannon Nowicki ’20, creator of the winning label design, will receive a case of Franklin Pierce-produced maple syrup that will be bottled for University use.

View all photos from Academic Showcase