Local experts featured in "From Hurricane to Climate Change" by Franklin Pierce's
Monadnock Institute of Nature, Place and Culture

A new documentary film produced by Franklin Pierce University's Monadnock Institute of Nature, Place and Culture, called "From Hurricane to Climate Change," will be presented at 7 p.m. on Tuesday, Dec. 6 at the Colonial Theatre on Main Street in Keene.

A discussion panel will follow the film, featuring local experts and those profiled in the documentary, such as:
• Dr. Cameron Wake, Josephine A. Lamprey Professor in Climate and Sustainability, UNH Sustainability Institute
• W. Rhett Lamb, Director of Planning, City of Keene
• Peter Hansel, President, Filtrine Manufacturing

This film — a collaborative effort between the University, Institute, area residents, officials, business owners and nonprofit organizations, as well as regional and national subject experts — documents how the greater Monadnock region is addressing the challenges of an increasingly unstable climate.

The film opens with the Hurricane of 1938, the most dramatic local meteorological event in recent memory, showing regional towns like Peterborough working together to rebuild flood-ravaged streets and support the construction of projects like the McDowell Dam. It also details the devastation and loss of life in the Alstead flood of 2005, and the repeated flood damage that Keene itself has suffered since 2000.

The story then transitions into present and future challenges and how human activities that release carbon into the atmosphere are causing temperatures to rise and episodes of extreme precipitation to increase. The film highlights a range of regional responses designed to adapt to this "new normal" and to reduce our reliance on fossil fuels, noting that the city of Keene has been a shining example of this kind of effort. Such responses include:

Integrating the voices of experts and ordinary citizens, "From Hurricane to Climate Change" offers a model for how communities across New England and beyond might respond to this unprecedented environmental challenge.

Well-known environmental writer Bill McKibben says of the film, "People around the globe are needing to live in this new, unstable world, and keep it from getting even hotter. This film is a good example of how the global and the local intertwine."

"From Hurricane to Climate Change" was produced with the assistance of grants from the New Hampshire Humanities Council and the Keene-based Putnam Foundation. The production team included Director Douglas Challenger, Executive Producer John Harris, Project Humanist Gerald Burns and other faculty members associated with Franklin Pierce University's Monadnock Institute of Nature, Place and Culture and student interns from the University.

The screening of "From Hurricane to Climate Change" at the Colonial Theatre on Dec. 6 is free and open to the public. 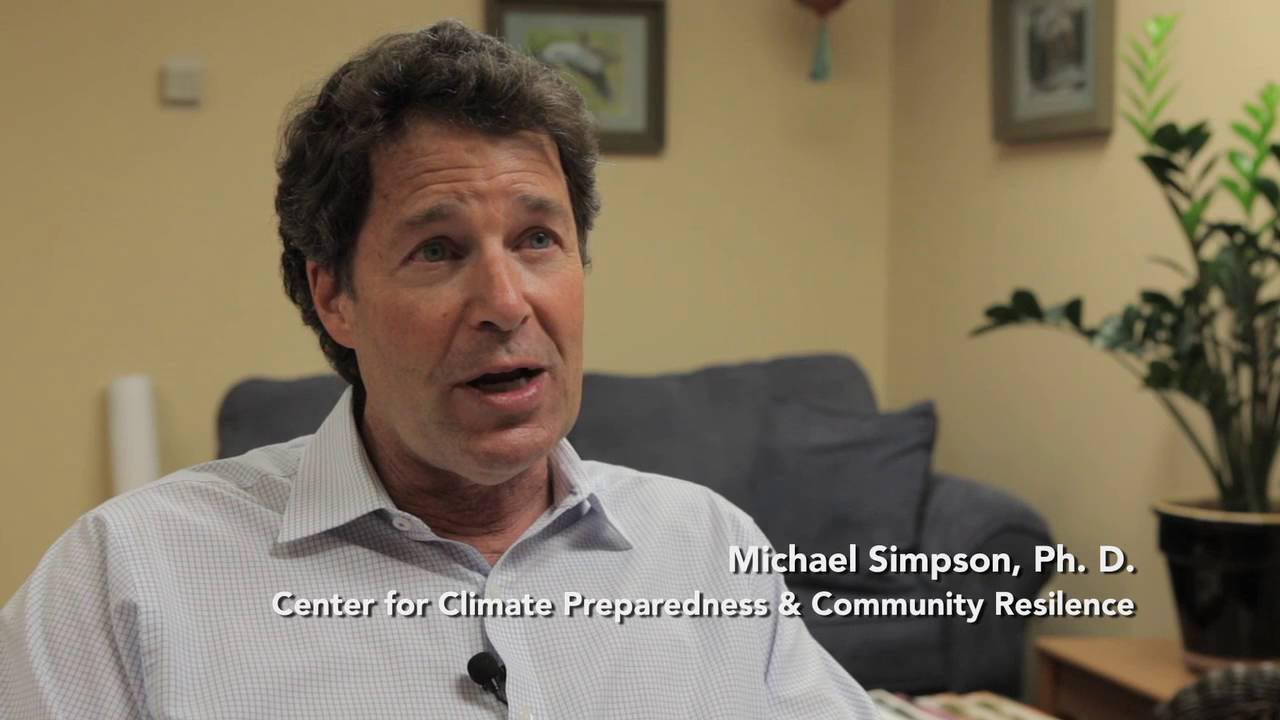