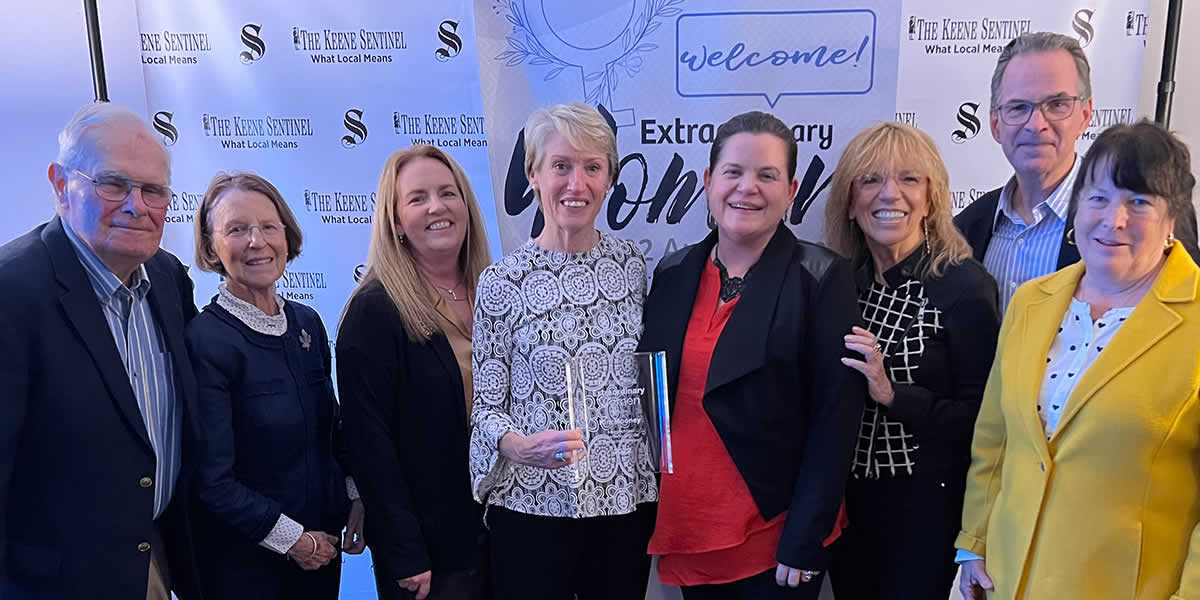 She said in her nomination letter that Mooney has demonstrated dynamic leadership that “prepares students to be confident, knowledgeable citizens equipped to work across disciplines and differences in our diverse and increasingly interconnected world.”

Gann noted the university is preparing to celebrate its 60th anniversary this year.

The intent is to integrate graduate and undergraduate programs within related disciplines, enable students to succeed academically, and to prepare them for careers across a breadth of fields.

“Promoting the university’s importance as an economic driver and strategic partner, President Mooney’s efforts have increased the university’s visibility, strengthened its reputation, and provided the institution with the resources needed to make ongoing investments in its centers and programs,” Gann said.

Mooney also presided over the launch of the Center for Professional Programs and Partnerships, which provides internship opportunities with companies like Keene-based C&S Wholesale Grocers, while creating a workforce pipeline.

“It has been an opportunity to work directly with businesses and industries and to find out what they need from a higher-education institution and how we can fulfill those needs,” Mooney said.

The university partners with more than 70 companies to identify the skill development they want in their workforce, and then endeavors to foster those skills through tailored learning programs.

“I see Franklin Pierce University as a tremendous resource for the Monadnock Region and beyond,” Mooney said.

Early in her presidency at the university, leaders of C&S, ranked by Forbes as the country's largest wholesale grocery supplier, reached out to her about creating a more formalized internship-to-workforce pipeline.

“It was really one of the best experiences we had as a university working with a business because our Franklin Pierce staff and the C&S staff really collaborated over a period of months to design this arrangement, this pipeline, so that we all benefited,” she said.

“I really give them a lot of credit for that. They weren't just looking to put Franklin Pierce students behind desks at their organization. They really wanted to make it a worthwhile arrangement for students, and that’s of course what we wanted.”

The program that emerged is not just for business majors, but for any student from the university interested in an internship with C&S.

In five years, more than 40 Franklin Pierce graduates have been hired by the company, Mooney said.

There is frequent discussion in academic circles about whether students get a good return on their investment in higher education, especially since universities are more expensive than ever.

Mooney, 61, said she feels there continues to be good value in attending college.

“I think especially at the undergraduate-degree level, it’s always about earning that first bachelor's degree,” she said. “It has almost always represented the opportunity for social mobility. That has typically, historically, been the value proposition.

In 1983, Mooney earned a bachelor’s degree from Franklin Pierce in psychology and English.

“It was very much in the realm of liberal arts,” she said. “But it was also a different era. We all expected to get jobs. I didn’t know what I’d end up doing, but I wanted to go to graduate school and earn a doctorate.

“I chose psychology and then had to figure out what that really meant. Once I really took the experimental psychology path, that’s when becoming a faculty member became a clearer vision to me.”

Mooney is the first Franklin Pierce graduate to lead the institution.

“It has been compelling for me to provide vision and direction for the university.”

The West Haven, Conn., native earned her doctorate in social psychology from the University of New Hampshire.

She was hired at St. Lawrence University in Canton, N.Y., where she received tenure in the psychology department; became the associate dean for faculty affairs; was the founding director of the university’s Center for Teaching and Learning; and also served as special assistant to the president.

She returned to Franklin Pierce and became provost and vice president for academic affairs before being named president.

She and her husband, Greg Walsh, live in Pearly House, the president’s residence on the 1,200-acre residential Rindge campus, which has about 1,100 students. The university also has New Hampshire centers in Manchester and Lebanon as well as one in Goodyear, Ariz.

Mooney said it’s important for the university to see a woman in a leadership position.

Read all about this year’s Extraordinary Women