FPU Welcomes Back Board of Trustees, Kicks Off Pierce@60, Celebrates Homecoming 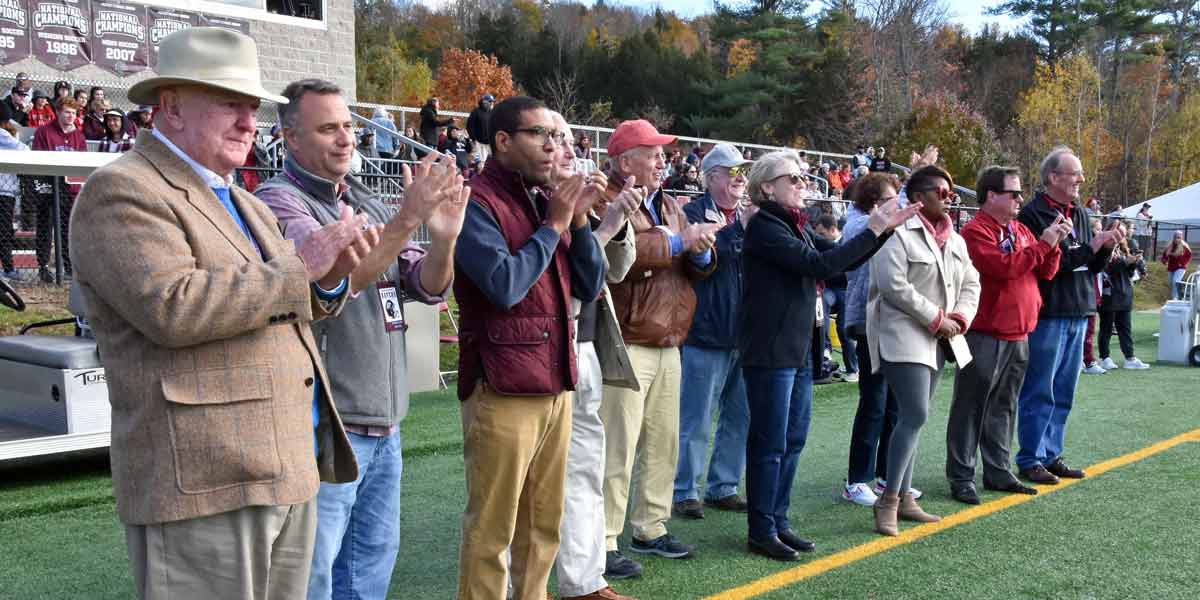 From fireworks and faculty-led TED Talks to Raven fight songs and rekindled friendships, homecoming and the official kickoff to the year-long Pierce@60 celebration was a weekend to remember. Timed to coincide with the October meeting of the Franklin Pierce University Board of Trustees, students, faculty, alumni, and friends were treated to a full slate of activities over two days.

On Friday, October 22 at a dinner held in Spagnuolo Hall, Provost Catherine M. Paden, Ph.D announced the inaugural Dr. Arthur M. Pappas Professor of Health Care Practice. The named professorship, the first in the University’s history, further bolsters the special relationship between Franklin Pierce and the Arthur M. and Martha R. Pappas Foundation, led by Mrs. Martha Pappas following the passing of her husband in 2016. Following the dinner, a firework show over Pearly Pond regaled guests as they watched from the Peterson Manor lawn.

The sun shone brightly on Saturday, October 23 as Ravens from every decade joined in a full day of activities. Paul Jenkins, university librarian, gave a historical perspective of FPU, complete with items from the archives. Attendees asked questions and answered trivia questions aimed at celebrating the diverse history of our institution. Following the presentation, Head Football Coach Russell Gaskamp led everyone in a pre-game rally, complete with a performance by the Raven Thunder Dance Team and sing along of the football teams fight song.

Highlighting the breadth of knowledge of the University’s faculty, four professors led 30-minute TED Talks on topics including antibiotic-resistant bacteria and mindful listening. From there, Raven Row was rocking as fans came out for the homecoming football game versus Southern Connecticut State University. FPU Board of Trustees Chair Fred Pierce did the coin toss and the entire Board was recognized at halftime as a weekend celebrating this incredible community came to a close.

Learn more about our Pierce@60 celebrations.