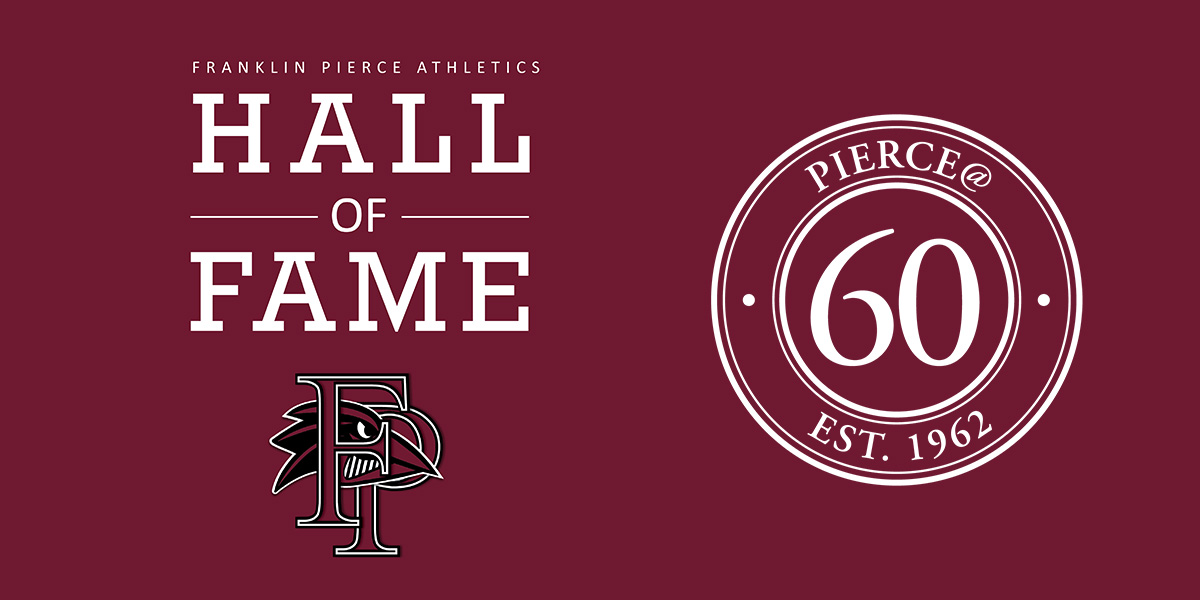 Franklin Pierce University and the Department of Athletics is proud to announce its 2022 Hall of Fame class, made up of a pair of program stalwarts, plus the most successful team in the history of the women’s basketball program. Induction weekend for the 2022 Hall of Fame class is set for October 21 – 22, 2022. Following the formal induction ceremony on Friday evening, the inductees will be honored on Saturday afternoon during the Ravens Football game versus Pace University on Sodexo Field, located on the Rindge Campus.

“This year’s Hall of Fame Class represents some of the best student-athletes to ever compete for Raven Nation,” said Rachel Burleson, director of athletics. “Their accomplishments in competition are only outweighed by their character, leadership skills, and contributions to the Franklin Pierce community.”

Arnold and Gisore were both student-athletes who helped establish their respective programs in their infancy. Arnold was a part of the inaugural class of the women’s ice hockey program which celebrated its 10th anniversary season last year. She played in all 97 games for the team over her career at Franklin Pierce and was a two-time team captain, and served as an alternate captain as a sophomore. With a 12-44-56 career scoring line, she ranks third all-time in program history in points by a defender. The 44 assists still stand 10th all-time in school history, and she capped her career with All-NEHC Second Team honors as a senior and two-time All-Academic Team honoree.

If Arnold stands as the founding mother of the women’s ice hockey program, then Gisore is the founding father of the Ravens’ men’s cross country and track & field program, which also just celebrated its decennial. He was a two-time NCAA Championship qualifier, highlighted by a trip to the final of the outdoor 1500 meters in 2014. Gisore earned plenty of hardware throughout his time in Rindge, as he was a six-time NE10 champion, an eight-time All-NE10 performer, a nine-time All-East Region performer, and a four-time All-New England performer. More than eight years after he set the marks, he is still the program record holder in the indoor mile and the indoor 3000 meters, the oldest standing records in program history.

The 2008 - 2009 women’s basketball team, the most successful in program history, will fittingly be inducted during the 50th anniversary season of Title IX. Led by the sisterly co-captain duo of All-American Johannah Leedham ’10 and Jennifer Leedham ’09, both members of the University’s 2016 Hall of Fame class, the Ravens lost in double overtime two days before the New Year to fall to 6-4 and then took off once the calendar flipped to 2009. Franklin Pierce swept the month of January (9-0), went 15-1 through the remainder of the regular season to run its record to 21-5, and then set about storming through the postseason as well.

Under then seventh-year head coach Mark Swasey, the Ravens claimed their first NE10 title with a 93-81 win over Bentley in the Fieldhouse, and took their second straight East Region title with a 78-54 trouncing of Stonehill a week later to advance to the Elite Eight. A national quarterfinalist the year prior, Franklin Pierce did two rounds better in 2009, as an 88-73 win over California (Pa.) and a 58-39 throttling of Delta State sent the Ravens threw to the national title game. The crimson and grey would come up just short of the ultimate prize, despite a season-high 31 points from Jennifer Leedham and 26 more from Johannah Leedham, as they dropped a 103-94 shootout to Minnesota State-Mankato.

The Ravens were, and remain, just the third team -- and the first women’s team -- from the state of New Hampshire, regardless of division or gender, to compete in an NCAA basketball championship game (Dartmouth men: 1942, 1944).

“In a year when Franklin Pierce celebrates its 60th year, and we mark the 50th anniversary of Title IX, I am thrilled to be honoring such an historic team,” said President Kim Mooney ’83. “Congratulations to the members of the 2008-2009 women’s basketball team, Hayley, and Antoine on your incredible accomplishments.”

The 2022 class will bring the total number of Franklin Pierce Hall of Fame inductees to 122.This November, Franklin Pierce University will celebrate its 60th anniversary. Pierce@60 is not only the name of the University’s strategic plan, but it is also the theme of its year-long celebration. As part of this celebration, Franklin Pierce has hosted a number of signature events meant to highlight the people, history, and impact of the institution in the region, the state, and across its Academic Centers in Manchester and Lebanon, N.H. and Goodyear, Ariz. Franklin Pierce is pleased to recognize the support of the University's Board of Trustees and the Grimshaw-Gudewicz Charitable Foundation as the Pierce@60 yearlong celebration's presenting sponsors. To learn more, please visit franklinpierce.edu/pierce60.