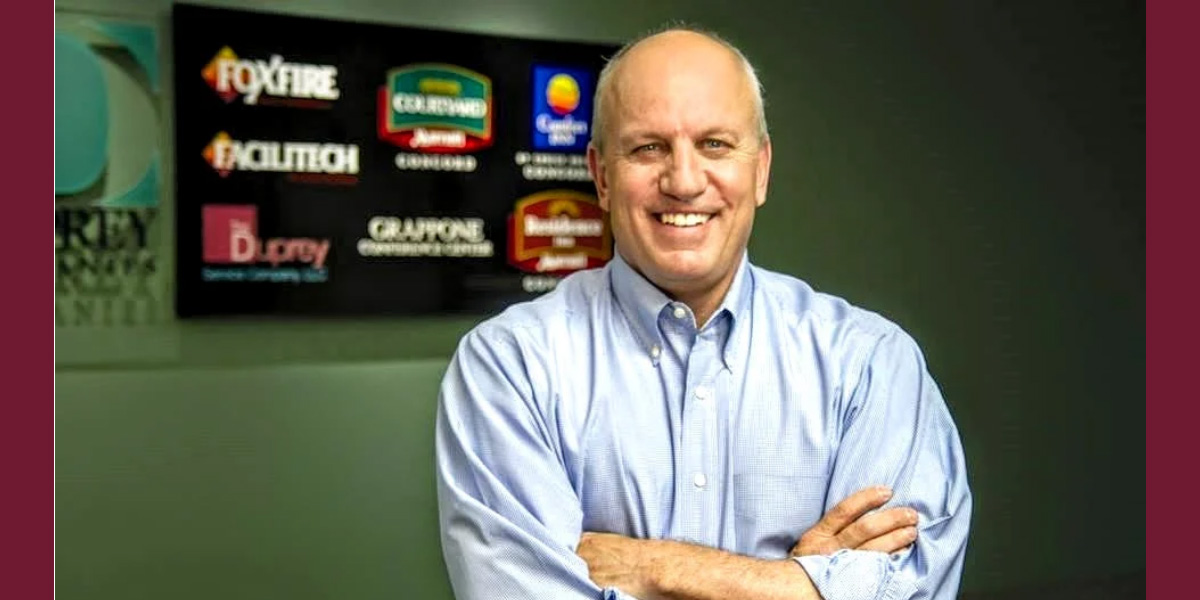 Steve Duprey, president of Concord-based The Duprey Companies and a former New Hampshire Republican National Committeeman, is Gov. Christopher Sununu’s pick to chair the Pease Development Authority board of directors.

Duprey, confirmed by the governor’s Executive Council on March 9, succeeds Kevin Smith, who resigned his role as PDA chair in February, as well as his job as town manager in Londonderry, to campaign full time as a Republican for the U.S. Senate seat currently held by Democrat Maggie Hassan. “I think the reason Chris asked me to do it is I think I’m known for common sense, and I think I have a reputation for listening well, to all sides of the debate, and trying my best to find common ground wherever you can,” said Duprey.

His first meeting as chairman will be the board’s regular monthly session on Thursday, April 21.

Duprey’s arrival at the PDA comes as the board is starting a lengthy review of a dual proposal to develop parcels at the Portsmouth International Airport at Pease for handling air cargo.

The PDA’s creation as a public entity arose from the closing in 1991 of what had been a Strategic Air Command base for the U.S. Air Force.

The tradeport has two zones for development – the airport zone, where development is limited to aeronautics, and the commercial zone of office buildings and light manufacturing.

A development team made up of the Kane Company, developers based in Portsmouth, and Procon, a construction services company in Hooksett, has proposed creation of two separate air cargo facilities at the airport. One is at the site of what is known as Hangar 27, a giant holdover from the tradeport’s former life as an Air Force base, and the other at a site known as the North 40, which is about 40 acres adjacent to the apron on the northernmost edge of the airport, next to the home of the 157th Air Refueling Wing of the New Hampshire Air Guard.

Though no design concepts have yet come to the board for review, opponents are already lining up to oppose them, citing concerns over a variety of impacts from increased plane traffic and truck traffic in and out of the airport.

“I anticipate the April meeting will be my first,” said Duprey. “I want to go over and meet the staff and team. They are hopefully assembling a substantial list of documents for me to read and to get up to speed on.”

Duprey said he has served every governor – Republican and Democrat – in some public capacity dating back to Hugh Gallen, a Democrat who held the office from 1979 to 1982.

He’s known the Sununu family for many years, having also served John H. Sununu, Republican governor from 1983 to 1989.

He recalls it was Judd Gregg, Republican governor from 1989 to 1993, who got the then bad news that the Pease Air Force Base was closing. But he credits Gregg for creating the redevelopment authority that assumed public control of the base land for possible future commercial development.

“I don’t think Judd Gregg gets nearly enough credit for having the foresight to set up what clearly has been an outstanding success,” said Duprey. “The redevelopment of Pease, notwithstanding some of the growing pains it’s gone through, is a tale of success.”

With Smith’s resignation, Chris Sununu turned to Duprey and asked him to take the job.

Duprey said he has received no instructions, no marching orders from Sununu on his role as board chair.

“The governor just said: ‘Do a good job,’” said Duprey.

In 2020, Sununu, through Smith, sought board approval to privatize the tradeport, selling the land to the developers. It was defeated, 5-2.

Currently, a developer owns the building but pays a land lease to the PDA. Any effort to privatize the tradeport would require not only approval of the Legislature and governor, but the Federal Aviation Administration as well. It is an FAA dictate that revenue generated by commercial development must be used to support and maintain the airport there.

Asked about the notion of privatization, Duprey said: “In some instances, it makes great sense. In other instances, it makes no sense. There are some things that government entities do better and more efficiently than private entities. And there are other things where that isn’t the case.”

He added: “I think it’s a good thing for every organization to review its mission periodically and determine whether it’s achieving that mission. Is that the right mission? Is it still relevant? Other better ways of doing it?”

Duprey, a Concord resident, served four terms as the state’s representative on the Republican National Committee until he was replaced in January 2020. He is also a former state representative and has been an active member of the Greater Concord Chamber of Commerce.

His Duprey Companies includes the operation of four hotels, the Grappone Conference Center in Concord, Foxfire Property Management and Facilitech Facilities Services. He has no financial interest or development projects at the tradeport.

“I’m at a point in my career where I have the luxury of devoting more time to civic matters simply because I have such a good team who run my business enterprises better than I ever could,” he said.

Paul Brean, executive director of the PDA, said he is looking forward to Duprey’s arrival.

“As a former legislator with a strong understanding of public policy Mr. Duprey will provide valuable insight to both staff and fellow Board members,” Brean added. “His success as a commercial real estate developer will be a beneficial resource to the continued success of Pease. I look forward to Mr. Duprey’s leadership and I am grateful for the appointment of a chairman with an extensive background in public policy and proven entrepreneurial success in the private sector.”