Inside Higher Ed Feature - A Need to Succeed: What Students Want and Get from Internships 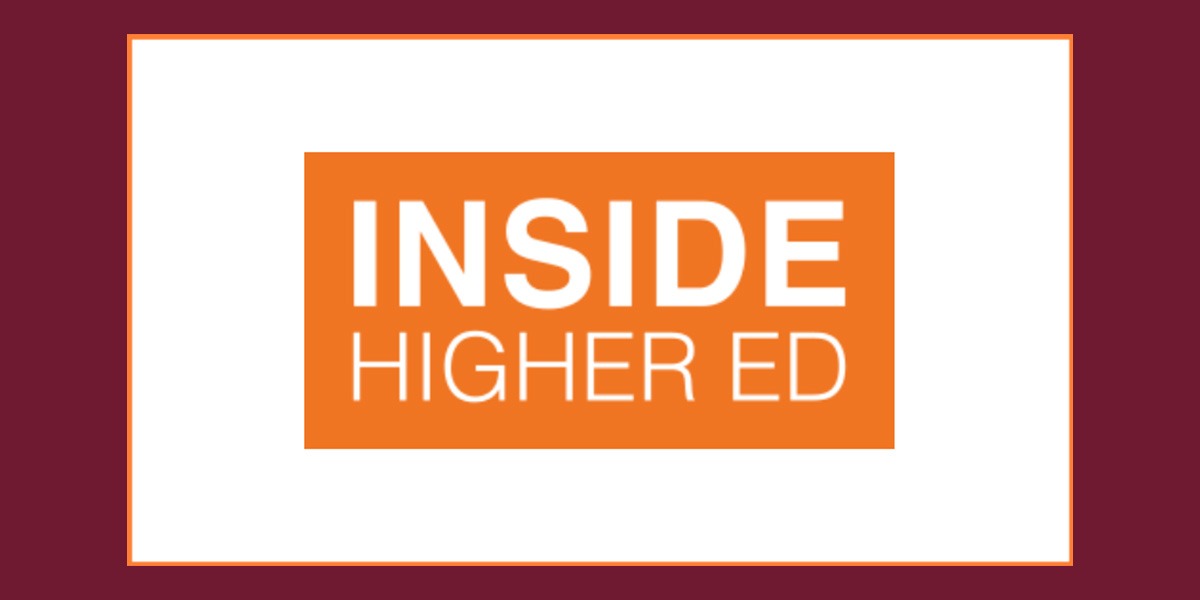 Students evaluate internships and experiential learning opportunities, including virtual roles that the pandemic made more widely available, and how stronger partnerships and other efforts would help.

Violet Schuttler, a graduate of Franklin Pierce University, in rural New Hampshire, has a good story to tell about how the first of her three internships—the only off-campus one—came about.

When respondents to the latest Student Voice survey were asked to identify how they heard about or got their most recent internship, the campus career center, a professor or a job search website emerged as students’ most common answers, at 14 percent each. Indeed, Schuttler’s second and third experiences, involving production work on a NHPBS station show and video editing for a political caucus, were found via a professor mentor.

And her first internship? In the fall of 2019—when Schuttler dreamed of breaking into the fashion industry—the owner of Surrell Accessories was dining out at a nearby pizzeria, where Schuttler worked. As her shift ended and she was leaving the parking lot, an unfortunate—yet ultimately fortunate—thing happened. “I backed up into his car,” she explains. When he handed her a business card, she saw he led a fashion-related company and remarked, “‘That’s so cool.’ He basically offered me the internship right there.”

Later, Schuttler had to convince herself that it truly had happened. “Did I really hit someone’s car and now I’m getting an internship? Where else am I going to get this opportunity in rural New Hampshire?” Accepting the offer wound up allowing her to swim as a big fish in a small pond, because soon after she started, the person handling e-commerce and Surrell’s digital presence left. “It kind of left everything in my hands,” says Schuttler, who continued working at Surrell part-time during school. After graduating from Franklin Pierce in 2021 with a digital media design degree, Surrell became her first full-time employer as well.

“Students find internships in a variety of ways, as professors teaching classes in which such experiences are embedded know well. At Wheaton College in Massachusetts, for example, which touts its Compass curriculum and the Wheaton Edge program for connecting academic interests to career success, sophomores complete a real-world experience such as an experiential course, which can include completing an internship as part of the course, and all students are guaranteed access to internship funding.”

Now Schuttler is back at Franklin Pierce, pursuing her M.B.A. while working as an assistant video producer for the university’s Fitzwater Center for Communication and reporting to Director Kristen Nevious—the very professor who had helped Schuttler find two internships in a more conventional way.

While virtual and hybrid-format internships existed before COVID-19, the pandemic has made formerly unconventional opportunities more of a norm. For example, a student on the East Coast “can be doing a virtual internship with a company on the West Coast, getting an experience you could not have had if it wasn’t for this medium,” says Kelley Bishop, associate provost for career services at George Washington University.