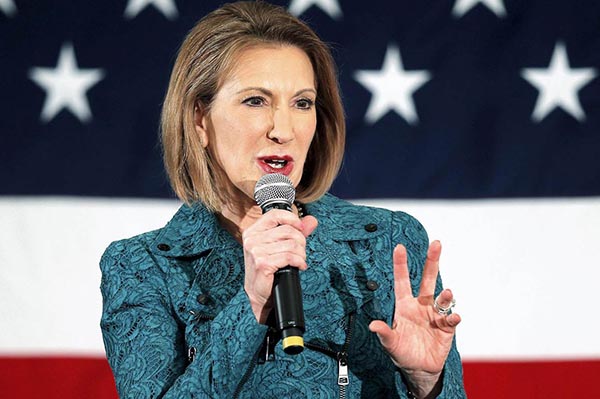 Businesswoman and Republican candidate for president, Carly Fiorina will bring her campaign to the Fitzwater Center for Communication on the campus Franklin Pierce University in Rindge, NH at 3:20 pm on Thursday, February 4th.

“We are happy to have Carly Fiorina at Franklin Pierce,” said Andrew Card, President of Franklin Pierce University. “Her visit once again provides our students with a great opportunity, enabling them to have to have access to the candidates with less than a week to go before New Hampshire voters go to the polls.”

In 1980, Fiorina started at AT&T as a management trainee and rose through the ranks to become the company's first female executive officer. In 1995, she led corporate operations for AT&T's equipment and technology spin-off, Lucent Technologies. As chief executive officer of Hewlett-Packard (HP) from 1999 to 2005, Fiorina was the first woman to lead a top-20 company as ranked by Fortune magazine.

With Carly Fiorina’s visit, Franklin Pierce University will have welcomed eight presidential candidates to their campus. Fiorina’s visit is free and open to the public.