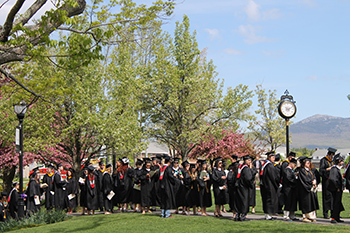 Franklin Pierce University will award two Honorary Doctorates and The Honorable Walter R. Peterson Citizen Leader Award at its 49th Commencement Exercises at 10:30 a.m. on May 17. John K. Castle and Kenneth R. Feinberg will be receiving honorary degrees at the Rindge campus ceremonies; J. Bonnie Newman will be presented the Peterson Award. The Peterson Award was created in 2011 to honor the late Governor Peterson’s lifelong commitment to public service and higher education in the state of New Hampshire; the award honors an individual for extraordinary commitment to public service, selfless contributions to higher education, and high moral character.

John K. Castle holds a bachelor’s degree from the Massachusetts Institute of Technology, an M.B.A. as a Baker Scholar with High Distinction from Harvard, and two honorary doctorates. Castle is chairman and chief executive of the New York private equity firm Castle Harlan and chairman of Castle Connolly Medical, publisher of Top Doctors and America’s Top Doctors. He is a life member of the MIT Corporation and was chairman of the board of New York Medical College for 11 years.

Founder of the law firm Feinberg Rozen, Kenneth R. Feinberg graduated from the University of Massachusetts/Amherst cum laude and received a law degree with honors from New York University School of Law. He was appointed Special Master of the Federal September 11th Victim Compensation Fund by Attorney General John Ashcroft and worked in that capacity pro bono for 33 months. Feinberg has been appointed Adjunct Professor of Law at some of the nation’s leading law schools including Harvard, Columbia, New York University, and the University of Pennsylvania. The Governor of Massachusetts and the Mayor of Boston appointed Feinberg Administrator of One Fund Boston to compensate the victims of the Boston Marathon bombings. He is currently Chairman of the Board of Directors of the President John F. Kennedy Library Foundation in Boston.

J. Bonnie Newman, Chancellor Emeritus of the Community College System of New Hampshire, is a graduate of St. Joseph’s College of Maine with a master of education degree from Pennsylvania State University. She has served in government and higher education, as well as in private and nonprofit sectors. Newman was chief of staff to New Hampshire’s Judd Gregg during his tenure in the U.S. House of Representatives and served in two presidential administrations. The former interim president and dean of students of the University of New Hampshire also served as executive dean of the John F. Kennedy School of Government at Harvard University.

Each of the three honorees will address graduates of Franklin Pierce University’s many programs within its College at Rindge and College of Graduate & Professional Studies in Lebanon, Manchester, and Portsmouth, N.H., and in Goodyear, Ariz. Graduates will receive their diplomas during the Commencement ceremony following remarks made by Castle, Feinberg, and Newman.

Franklin Pierce University is a regionally accredited university grounded in the liberal arts, with a focus on personal attention and high-quality instruction. The University consists of the College at Rindge and the College of Graduate & Professional Studies with locations in Arizona and throughout New Hampshire. Degrees are offered through the doctoral level. The institutional mission embraces an education that matters: one that achieves academic success through the integration of liberal arts and professional programs. Our community of educators and learners creates an environment that fosters intellectual curiosity and encourages experiential and applied learning. A Franklin Pierce experience enables each student to discover and fulfill his or her own unique potential. We prepare students to become confident, knowledgeable individuals and leaders of conscience.