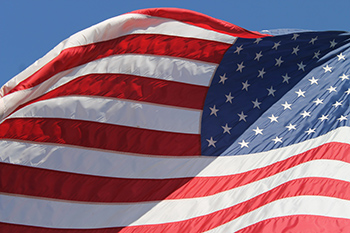 The Marlin Fitzwater Center for Communication at Franklin Pierce University has organized observations of Constitution Day on September 17 by inviting voters to visit with various campaigns at the Rindge campus. The 225th anniversary of the signing of the U.S. Constitution by 39 men, including New Hampshire's Nicholas Gilman and John Langdon, acknowledges the document that established our democracy and allowed the citizens of the new country to elect their representatives.

Voters are invited to observe Constitution Day on September 17 by visiting with campaigns as follows:

• 9 a.m. - 3 p.m.: Candidate’s Fair for state and federal offices in the Library Courtyard  (rain locations are in Spagnuolo Hall and Alumni Lounge in Peterson Hall)

Presidential campaigns will engage those gathered in conversations throughout the day in Spagnuolo Hall as follows:

The Libertarian Party's Vice-Presidential Candidate, Judge Jim Gray, will be on campus on Friday, September 21, noon - 1 p.m. He will speak about "Over-Criminalization and Legal Reform."

The general public is invited to all of the aforementioned events. For more information, please contact Dr. Kristen Nevious, director of the Marlin Fitzwater Center for Communication, at (603) 899-1039.