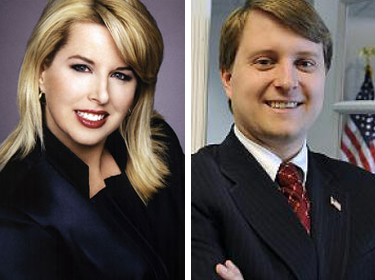 Christopher Nixon Cox will open the fall 2013 Fry Lecture Series at Franklin Pierce University on Thursday, November 7. The lecture begins at 7 p.m. in Spagnuolo Hall on the Rindge campus and is free and open to the public. Sponsored by the University’s Marlin Fitzwater Center for Communication, Cox will address “The 40th Anniversary of President Nixon’s Trip to China – Moving Forward.”

Cox, a New York attorney, is the grandson of former President Richard Nixon. In May 2013 he and his wife, Andrea, retraced the path of his grandfather’s historic 1972 trip to China. The trip was planned by the Nixon Foundation and the Chinese People’s Association for Friendship with Foreign Countries. Cox’s lecture will contrast the China of today with the one that President Nixon witnessed.

The Fry Lecture Series will continue on December 8 when Rita Cosby, special correspondent for CBS’s syndicated TV news magazine, Inside Edition, speaks at 5 p.m., also in Spagnuolo Hall. The title of her talk will be “Quiet Heroes.” Cosby is the author of two bestsellers, Blonde Ambition and Quiet Hero: Secrets from My Father’s Past. Proceeds from the sale of the latter support Operation Enduring Care for wounded veterans and their families.

“The Marlin Fitzwater Center for Communication named the lecture series for Stanley and Cheri Fry in recognition of their endowment fund for programming at the Center,” said the center’s director, Dr. Kristen Nevious. Technology innovator Stan Fry, of Peterborough, is chairman and CEO of FlashPoint Technology, Inc., and partner in a group that develops and renovates properties in the Monadnock region. The Fry Lecture Series has brought three speakers to the Rindge campus in the past and is honored to bring Mr. Cox and Ms. Cosby to the region to speak this fall.