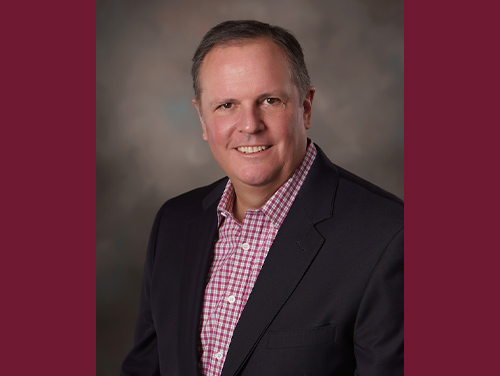 The Board of Trustees of Franklin Pierce University announces the appointment of new member Tom Boucher, CEO and owner of Great New Hampshire Restaurants Group. Boucher brings extensive hospitality industry experience to his role on the Board of Trustees, in addition to his strong background in leadership and fundraising for New Hampshire non-profit organizations.

Boucher is a leader in entrepreneurship and business management. Shortly after receiving his undergraduate degree, Boucher pursued his passions in the restaurant industry, working for T-Bones Great American Eatery. By the early 1990’s, he had risen up through the ranks from server to general manager. In 1995, he became a founding partner and general manager of CJ’s in Manchester, N.H. Within three years, he was promoted to director of marketing, and subsequently, director of operations for T-BONES, CJ's Great West Grill, and Cactus Jack’s restaurants, and became CEO in 2004.

At the height of the great recession in 2008, Boucher challenged the industry standards and continued to invest in his restaurants’ staffs, buildings, and marketing. All three brands were incorporated under one umbrella company, the Great NH Restaurants, Inc.  His investment in people – staff and guests – has allowed his company to continue to grow, and it has since added two Copper Door locations, a fifth T-BONES in Concord, N.H., T-BONES Meats, Sweets, Market Commissary, and www.DingDongDeliver.com to its branding portfolio.

Board Chair Frederick W. Pierce IV said, “With his long history of providing quality hospitality experiences, job opportunities, and supporting the needs of Granite State residents through his work with FEEDNH.org, Mr. Boucher’s commitment to the economic development of New Hampshire dovetails with Franklin Pierce’s mission and vision. We are delighted to welcome him to the Board of Trustees.”

Boucher earned a Bachelor of Science in chemistry from Merrimack College in 1987. He currently sits on the Board of Directors for FEEDNH.org and served as the group’s Chair from 2014-2019. Previously, Boucher has served on the Lakes Region Tourism Association and past Chair of the New Hampshire Lodging & Restaurant Association. He was also a Board Member for the National Restaurant Association for fifteen years.