Franklin Pierce University announces the appointment of Dr. James DuMond, Jr. to the position of Provost and 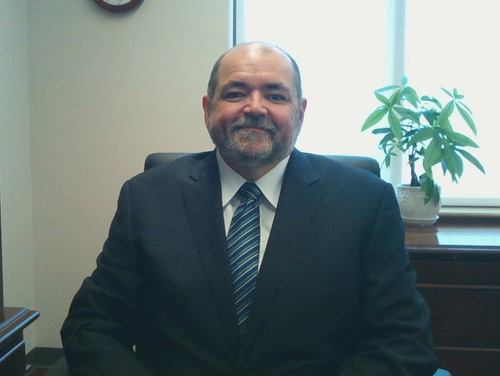 DuMond is a career academic with more than 20 years of experience in higher education and more than 10 years in academic administration. He comes to the University from Poughkeepsie, New York, where he most recently served as the Dean of the School of Science at Marist College.

During his time at Marist College, DuMond managed the development of its Master of Science in Physician Assistant Studies and Doctor of Physical Therapy programs, and directed the construction of the Science and Allied Health building, which opened in 2016. DuMond also expanded collaborative affiliations within the Environmental Science programs, leveraging the “natural laboratory” provided by Marist College’s location on the Hudson River.

Prior to working at Marist College, DuMond was the Associate Dean of Academic Affairs for the College of Science and Technology at Texas Southern University, where he was responsible for the evaluation of all assessment plans and annual reports including developing the assessment plans to meet the accreditation standards for the Southern Association of Colleges and Schools Commission on Colleges (SACSCOC) ten-year reaffirmation application.

“Dr. DuMond is someone who understands and embraces the challenges in higher education, and has the strategies and expediency necessary to address those challenges,” said Franklin Pierce University President Kim Mooney. “We expect Dr. DuMond to be ambitious for Franklin Pierce, working collaboratively with all constituents to welcome ideas that will advance our academic division.”

Dr. DuMond’s appointment is effective July 1, and he will join Franklin Pierce on the College at Rindge campus.