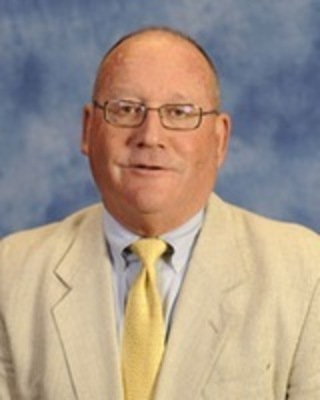 Franklin Pierce University President Kim Mooney will honor retiring Director of Athletics and fellow Franklin Pierce alumnus Bruce Kirsh during a retirement dinner on April 30 at 6 p.m. in Spagnuolo Hall on the College at Rindge campus.

A 1992 inductee of the Hall of Fame himself, Kirsh has served the University in numerous roles beyond Director of Athletics over the course of 45 years. After graduating from Franklin Pierce in 1971, Kirsh was the head men’s basketball coach for 12 years, during which time he accomplished one of the highest winning percentages (.719) in small college basketball history. He also coached women’s basketball, baseball, softball, golf and women’s tennis.

In 1999, as Assistant to the President for Administration, Kirsh and then-College President George J. Hagerty completed an exhaustive three-year push to gain the college admittance into the Northeast-10 Conference.

In 2002, as Vice President, Kirsh played a significant role in the construction efforts of the $4.8 million Marlin Fitzwater Center for Communication that is currently celebrating its 15th anniversary. Kirsh was also instrumental in the development of Sodexo Field and Dr. Arthur and Martha Pappas Field.

However, Kirsh's dedication to athletics extended beyond the College at Rindge campus. He served as the assistant commissioner to the New England Collegiate Conference (NECC) and chairman of the NECC Men's Basketball Committee, as well as chairman of the Eastern Collegiate Athletic Conference (ECAC) Division II Soccer Committee. In November 2003, Kirsh was selected to serve as a member of the NCAA Division II Committee on Infractions - acting as committee chair since 2006.

“Bruce’s tremendous service and devotion to Franklin Pierce has left a lasting impact on not only every student athlete who has played for the Ravens, but every faculty, staff and community member who has had the pleasure of working with him,” said Mooney.

Those who wish to attend the Bruce Kirsh ’71 Retirement Dinner can purchase tickets at franklinpierce.edu/kirshdinner—half the proceeds of each ticket sale will be donated to the Bruce Kirsh ’71 Scholarship Fund—or call Special Assistant to the President Larry Leach at 603-899-4316 for more information.