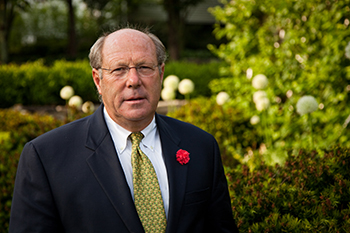 Franklin Pierce University will be hosting a talk by entrepreneur and business executive Stanley B. Fry on Wednesday, October 8, 3 p.m. at The Marulli Welcome Center in Peterson Manor. Fry’s talk is titled, “Revolutionizing the Mobile Phone Industry – Reflections on the Past, Present, and Future.” The talk is open to the general public and the Franklin Pierce community at no charge.

Fry will be spending the day on the University’s Rindge campus to speak at several different classes, including Accounting, Business Law, and Business Strategy. He will also be doing an informal networking lunch with students, and will be interviewed by members of the Pierce Media Group in the early afternoon.

Fry, a well-known figure in the Monadnock region, is the founder, chairman, and chief executive officer of FlashPoint Technology Inc. He is also the founder and chairman of PictureWorks Technology, Image Software, Pixami, Opitical Devices, and Collison Technology. He served as Director for Research and Development of Wang Laboratories from January 1979 until May 1995.

Fry is an acknowledged imaging technology expert in the computer industry. Throughout his career, his contributions have helped shape the development, conceptualization, design, and creation of dozens of hardware and software imaging products. He is recognized as a pioneer and expert in optical character recognition and imaging scanning technology, holds multiple patents, and developed the first commercially available scanner. His companies hold nearly 1,400 patents on imaging devices, mobile computing, image storage, and video processing.