Students Compete in NESN’s Next Producer 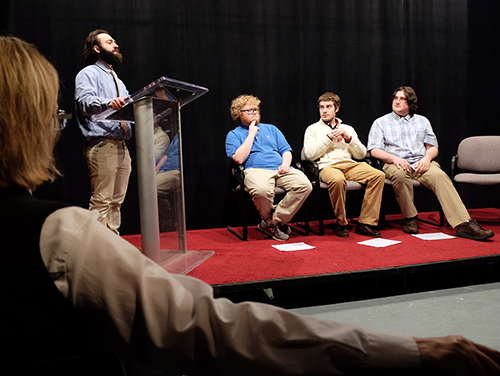 On Thursday, March 1, 2018, The Marlin Fitzwater Center for Communications showcased student-produced videos for the NESN Next Producer series competition in a production produced by Professor Heather Tullio’s Multi-Camera Production students.

Students discussed the process, their experiences and what they learned during the production of their videos. View the Slideshow