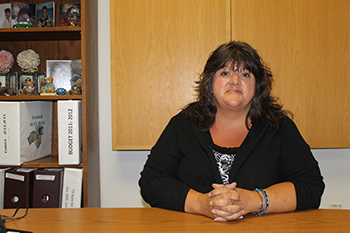 Franklin Pierce University has promoted Sandra M. Quaye to the position of Vice President for Finance and Administration, effective immediately. Quaye has served as the Director for Finance and Accounting for the University for the past 14 years. She has also served as the interim CFO on three separate occasions during her time at Franklin Pierce (2000, 2007, and 2009-2010), and brings a wealth of experience and expertise to the position of CFO.

A graduate of Fitchburg State, Quaye has a Bachelor’s degree in Business with a concentration in Accounting. She worked in public accounting and then at Fallon Healthcare System in Worcester, Mass., before coming to Franklin Pierce in 2000. Quaye has enjoyed being the support person and second-in-command in the Finance Department, because she also wanted to be as available as possible to her three young children. With a daughter in college and her two sons in high school now, Quaye says they are more self-sufficient and she can devote herself fully to the role of CFO.

“I have served as the ‘number two’ over so many years and am able to see how we can make changes and create efficiencies,” Quaye said. “I have worked very closely with all of the CFOs over the years as their right-hand person, so I won’t have as much of a learning curve in my new position. I’m able to step right in and move things forward to allow the University to be more financially secure.”

Quaye noted that there has been very little turnover in her Department, and she has an excellent team. “When you stay in one place so long,” said Quaye, “you get to love the place, the people, the students, and being part of a community. The work we do here is important. I have worked with many wonderful students and watched them go on to succeed; I feel a great sense of accomplishment in knowing we have had a part in making that happen. There is good work being done here, and it’s good to be part of that.”

President James Birge said, "Sandra has served the University so well over the last 14 years. On three occasions she has agreed to serve as the interim Vice President for Finance and Administration, and so she knows the work very well. I am grateful for her commitment to Franklin Pierce."