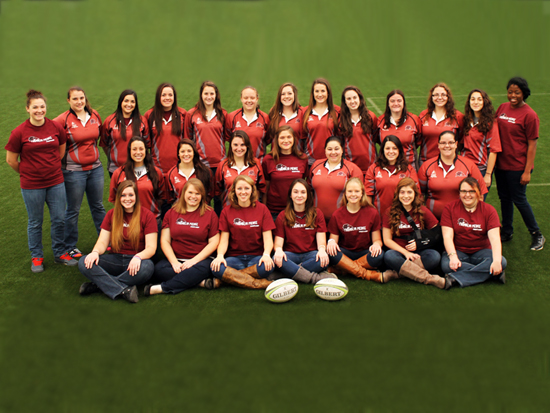 Franklin Pierce University’s Women’s Rugby Team took home third place honors at the Region 1 Playoffs at Colby-Sawyer College in New London, N.H., last month. This is the first time in club history that the team has gone on to a post-season event. The team beat Wesleyan University 42-10 to earn third place in the region. Nationally, the team finished 12th out of 69 in the National Small College Rugby Organization–Small College Women division.

The Franklin Pierce Women’s Rugby Team, founded in 2006, was the second University Sport Club established on campus. Sports Clubs are intramural teams and function outside the formal athletics department. In addition to practice and competitions, they raise their own operating money through fundraising events, dues, and from donations.

Franklin Pierce’s Women’s Rugby Team is made up of 30 students who practiced during the fall for 6 days per week. Their schedule included 6 regular season games; they won 4, tied 1, and lost 1.