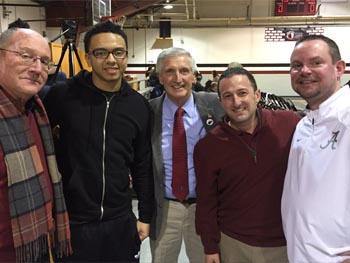 Senior Brandon Knight  sank a full court putt  during halftime of Saturday's Men's basketball game, a 81-79 win over Southern Connecticut State University,  as part of a new half-time challenge sponsored by the Athletics Department. Thus far the video of his putt has been featured on the Golf Channel and on ESPN. The video has received over 80,000 likes on ESPN's Instagram account as well as over 1,100 comments including, "Who does this guy think he is? Tiger Woods?".