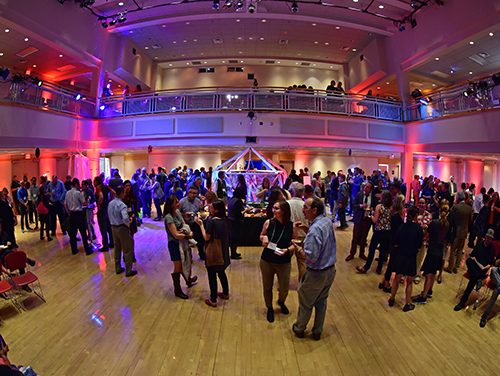 Franklin Pierce University proudly sponsored the Radically Rural event, a two-day summit in Keene, NH aimed at bringing together leaders and community members who are committed to creating a vibrant and robust rural community. The summit is the result of a partnership between The Keene Sentinel and the Hannah Grimes Center for Entrepreneurship, a local business incubator. President Kim Mooney serves as Vice President of the Board of Directors of the Hannah Grimes Center.

Five Franklin Pierce University students were part of the media team covering the event. Students from the Marlin Fitzwater Center for Communication submitted stories and photographs to The Keene Sentinel, highlighting presentations they observed in five thematic “tracks,” including Arts and Culture, Entrepreneurship, Rural Media, Main Street, and Working Lands. The student reporters worked hard under pressure to meet their 6 p.m. deadline, in order to be included in the Friday morning issue of the Sentinel. 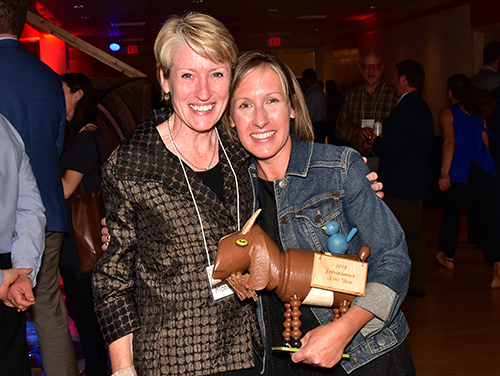 Junior Tyler Aragao ’20, Director of Raven Sports Network, covered the Working Lands track. “It’s not easy to be a journalist in any sense of the word,” said Aragao. “I thought being responsible for covering the different tracks was really a valuable learning experience – it helped me see what it’s like to be an actual journalist.”

Matthew Dresselhouse ’19, Director of Politics FitzU, added, “I had a lot of writing to do today. I had over 1200 words to write after attending a few hours of workshops – it required good attention to detail.”

Marlin Fitzwater Center for Communications Director Kristen Nevious contributed to Radically Rural as an organizer, editor and panelist. She helped coordinate the participation of student journalists in the event, supervised her students’ work on deadline and offered perspective in a panel discussion on "Fake News: Keeping the News Real in Rural America." 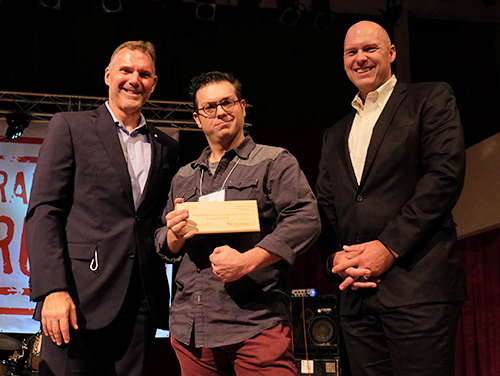 Fitzwater students and staff also broadcast live coverage of the popular PitchFork Challenge, an informal business pitch session which brings together local investors and entrepreneurs competing for a $10,000 cash prize awarded at the evening CONNECT networking dinner, attended by over 300 people.

President Kim Mooney was on hand to kick off the CONNECT event and congratulate the PitchFork winners and the Hannah Grimes Entrepreneur of the Year, Rebecca Holland of Holland Homestead Farm in Hillsborough, a Franklin Pierce alumna. Holland’s company ships their products made from goats’ milk worldwide.

Jackie Sizing ’21 contributed to this article. Jackie is the Editor-in-Chief of the Pierce Arrow student newspaper.