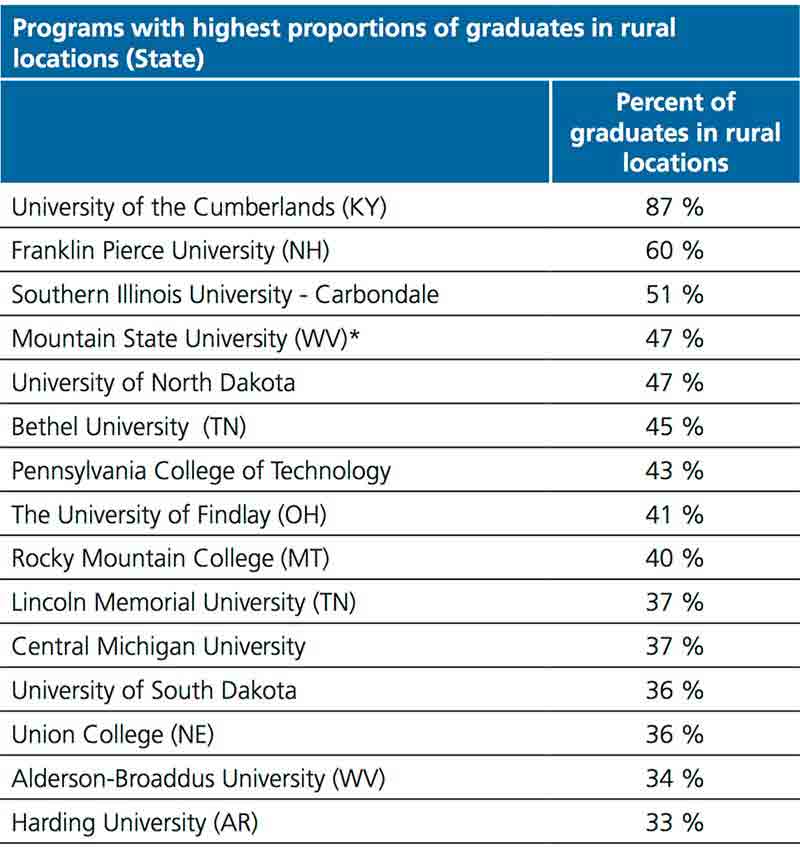 According to a recent national study conducted by the WWAMI Rural Health Research Center (RHRC) at the University of Washington, Franklin Pierce University ranks second amongst Physician Assistants (PA) programs that produce high proportions of graduates who go on to work in rural areas.

Between 2000 and 2012, Sixty percent of Franklin Pierce University graduates were rurally located, ranking second only behind the University of Cumberlands in Kentucky at eighty-seven percent.

According to the study, physician assistants enter the rural workforce at higher rates than primary care physicians and continue to make large contributions to the care of underserved rural populations. The study focused on identifying the characteristics of PA training programs that produced a large proportion of graduates who located in rural areas and to identify the characteristics associated with that success.

The study also states that programs with mission statements that mentioned rural populations or rural health care, like Franklin Pierce, are significantly more likely to produce rural PAs than those that do not.

"We are extremely excited for our Master of Physician Assistant Studies to receive this kind of national attention,” says Maria Altobello, Dean of the College of Graduate & Professional Studies. “Among the goals of our program is to both recruit students from rural and underserved communities and to then return these students to rural and underserved communities for clinical training and practice.”

The study was supported by the Federal Office of Rural Health Policy (FORHP), Health Resources and Services Administration (HRSA), and the U.S. Department of Health and Human Services (HHS).